An Energy Revolution: What Caused Solar Costs to Fall 99%?

Stay up-to-date with the latest news from Compass Energy

An Energy Revolution: What Caused Solar Costs to Fall 99%?

This definitive guide tries to accurately explore what factors have been most important in contributing to the amazing decline in solar panel prices over the past 4 decades. If you'd like a quick look at the Top 5 Reasons for Falling Solar Costs, you can check out our Infographic here.

The Falling Cost of Solar

The drastic fall in the cost of solar technologies can be considered one of renewable energy’s greatest success stories. We’ve seen time and time again that from a cost perspective the carbon-intensive way of doing things is the cheapest way to get something done. And while this was the case in the world of energy production for a long time, the tables have turned significantly when it comes to solar energy.

In the last four decades, Solar panel costs have fallen an unprecedented 99%, with the biggest price decline occurring between 2009 and 2017 (a 76% decrease in cost). In fact, a recent study found that the cost per kilowatt-hour of large scale solar costs have fallen well below coal and gas. In rough estimates, it now costs approximately $40 to $50 USD to produce one megawatt-hour of solar power, with coal costing from $60 to $140 USD per megawatt-hour. That means it’s now more expensive to use carbon-intensive means of producing power than clean 100% renewable alternatives. Some have even gone as far as to claim that we’re on the verge of an energy revolution.

What factors contributed to the fall in cost for Solar? 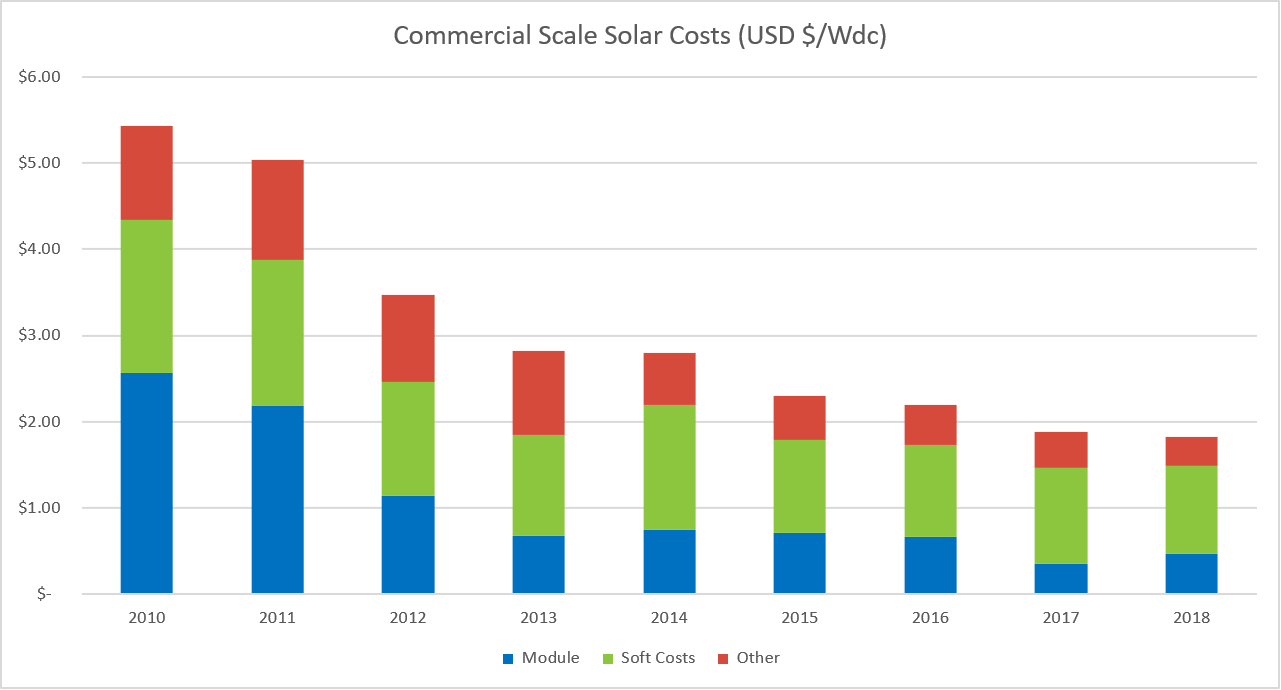 What made a relatively expensive technology become so feasible in such a short amount of time? What lead to such a drastic price reduction for solar panels? How can other industries replicate this success?

It turns out there is not one clear answer. There’s a multitude of factors that both directly and indirectly affect one another.

It’s a complicated question; the factors contributing to cost decline have not remained static throughout the past 40-years. For example, in the early days of solar (1980’s), the technology was still in its infancy and rather significant advances were still being made on the solar module efficiency and design - and this was one of the primary factors for costs coming down.

But in the past 10 years, while many technological advances have still continued to improve efficiency, it has had much less of an effect on the falling cost when compared to other factors in that same period, such as the increased economies of scale from larger plant sizes.

In the pursuit of answering these questions and to determine what has been paramount in reducing the cost of solar system cost, researchers from the Massachusetts Institute of Technology (MIT) have built a model to quantify which factors contributed the most to cost-per-watt changes of solar panels, looking specifically from 1980 to 2012. Their paper, entitled “Evaluating the Causes of Photovoltaics Cost Reduction” sets out to quantify precisely what lead to photovoltaic costs declining so rapidly, and what periods of time these declines occurred.

One of the primary takeaways is that the rapidly declining costs were no happy accident, but much of the success of the solar industry is owed to smart public policy. With government bodies across the world supporting both the development and purchasing of solar technologies, firms were able to conduct R&D, gain economies of scale, and improve methodologies which ultimately lead to a substantial decline in overall cost. 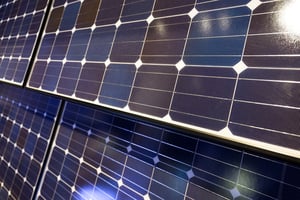 There’s 7 different “low-level” factors that have all contributed to falling solar cost:

Overall, from 1980 to 2012, the biggest driver was increased module efficiency, followed by the falling price of material costs and more efficient usage of silicon in the cells. From 2001 up to 2012 by far the largest low-level factor leading to declining cost was increased plant sizes leading to economies of scale. This accounted for as much as 40% of the fall in module cost and ultimately lead to efficiency gained from shared infrastructure, reduced labor requirements, higher yield, and better quality control.

At the high level, research and development attributed to both government and private spending was by far the biggest factor contributing to the falling cost of solar from the 1980-2001 time period. The report shows that from 2001-2012 that economies of scale was the biggest contributor to falling cost.

One of the most interesting insights was that the biggest factor in reducing cost could be attributed to Market-Stimulating Policies. “Market-stimulating policies have played a central role in driving down the costs of PV modules,” according to the MIT team. Private R&D, economies of scale, and learning-by-doing together contributed an estimated 60% of the cost decline in PV modules between 1980 and 2012. 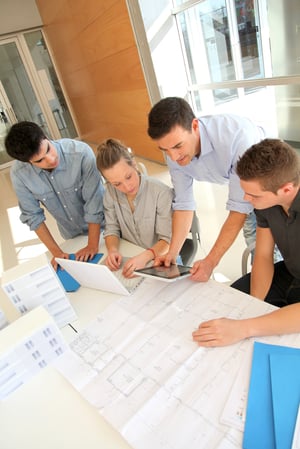 That means that policies that create incentives for private investors to develop and deploy solar panels are responsible for well over half of the decline in solar PV costs! These policies include any government policy which creates a legal or economic incentive for private companies to research, develop, and invest in technologies, which would of course include the Feed-In-Tariff programs, and Net Energy Metering which stimulate sales for module manufacturers and gives them the opportunity to conduct R&D.

What’s the takeaway? Governments can make the biggest contribution to technology growth and efficiency by helping businesses conduct their own R&D and by incentivizing the adoption of these new technologies.

Where are Solar Costs Sitting Today?

The National Renewable Energy Laboratory (NREL) delivers a Solar Industry Update every quarter which is a presentation of technical trends within the solar industry. The report explores both global and U.S. supply and demand, module and system price, investment trends and business models, and updates on U.S. government programs supporting the solar industry.

This year’s report offered some key takeaways for this year specifically:

While prices have flattened out in the past quarter, there is still many speculating the trend will continue downward. But keep in mind, as global demand for solar begins to increase, there is the possibility of prices starting to come up.

What does the future hold for Solar costs?

Ben Gallagher, a senior solar analyst from Wood Mackenzie Power & Renewables forecasts that spot prices for modules could drop another 40 percent drop from $0.30 per watt-DC to $0.18 per watt-DC in the next five years. At this point, R&D is only part of the equation and there are multiple factors anticipated to continue this downward trend: “All of the material inputs to making a solar panel are still falling,” Gallagher said.

He goes on to say that in the future, the main factors contributing to decreasing cost will be the growing automation of factories and the use of diamond wire saws to cut material loss in the silicon wafer manufacturing process. Additionally, cell manufacturing equipment is becoming increasingly efficient, reducing overall power consumption necessary in the manufacturing process.

However, the price of modules can only fall so far. While there is no definitive answer as to what the future holds for Solar cost, many are taking the recent flattening of prices as an opportune time to either invest in building their solar generator or upgrade their existing generator. 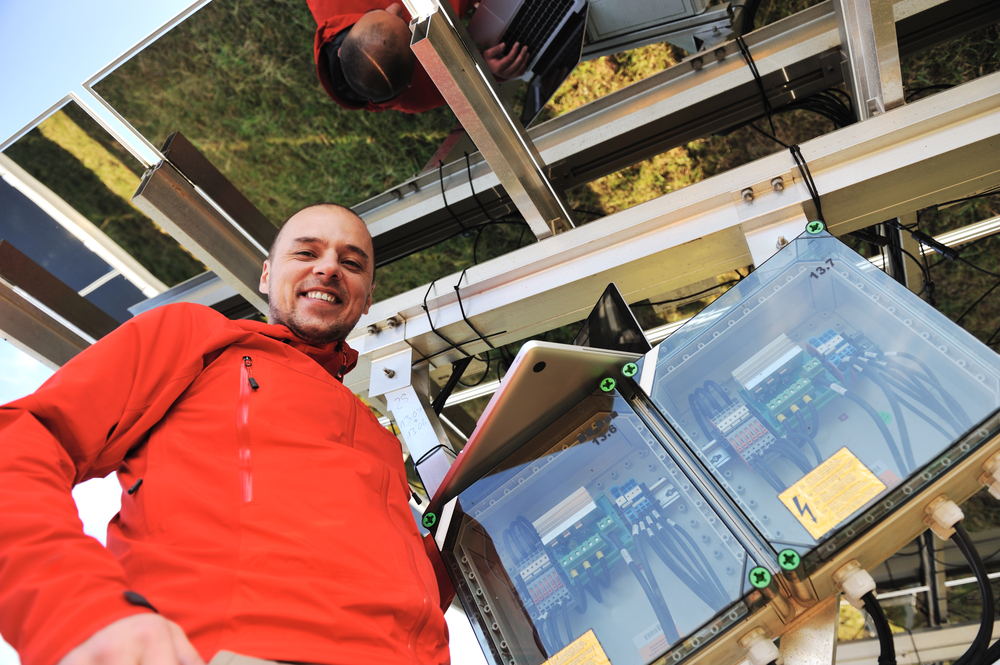 Is now the time to invest in a solar generator?

There are some businesses holding out for solar prices to drop just a little bit more, and while this is certainly an option, you not only forego the opportunity to start offsetting your energy cost sooner rather than later, there is a chance that solar costs could begin to creep up as demand for modules increases. There are currently tax incentives that make up for any potential future cost declines.

As we saw previously in the article, the statistics from the NREL report indicate that as global demand has increased, prices have stabilized and may even go up. Just in 2019, demand for solar increased 10 percent, with solar installations are expected to grow by 25 percent by the end of 2019 (including more than 13 GWdc of installations this year in the US alone). Material shortages or manufacturing failures can lead to spikes in costs as well, introducing an element of unpredictability.

Additionally, foreign policies may have an effect on production, as we saw residential inverter pricing in the United States increase in Q1 2019 due to tariffs imposed on Chinese inverters.

We’ve already reached the threshold where solar energy is cost-competitive with natural gas and coal in most geographies across North America. In another article[link to Fair Hydro/OEB blog], we explored how prices for electricity (especially in Ontario) are expected to continue increasing at a rapid rate.

The biggest downside of waiting to build is that you forego the opportunity cost of earning from the energy you could be generating today as well as existing tax benefits, when solar is already cost-effective and grid energy has already become very expensive. In several years from now, you could have already paid back your generator, instead of spending that same period of time paying expensive electricity prices while you wait for solar prices to fall a marginal amount.

With all things considered, there is no better time than now to begin offsetting your energy costs with solar.

By setting up your solar generator today and leveraging Net Metering, you hedge against increasing electricity prices for years to come. The amount that you save increases the more that electricity prices increase. In Ontario they have seen over a 90% increase in the last 10 years.

Compass makes renewable energy a reality by providing expert and nuanced advice to decision makers. With experience in both public and private sector, and both large and small projects across Canada and the US, we provide you with a detailed feasibility analysis so you have a clear understanding on economic benefits of going solar today.

Is Solar Right For Your Business?

Contact us today for a Feasibility Analysis of your particular business and build site!

With years of private and public experience, we’ll help you read between the lines, reduce regulatory risk, and help you succeed in Canada and beyond.